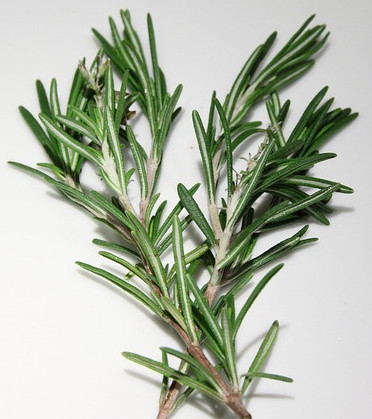 Rosemary leaves and flowering tops are used as spice and flavoring dishes and are also used in the preparation of vegetables.  Rosemary is also believed to have many associated benefits and side effect.

The extract of Rosemary is known to have antioxidant properties which benefit the use of baking, beverages, and savory foods for retarding rancidity in fats and oils, preventing degradation.

The increased interest in Rosemary plants is due largely to their antioxidant and health-enhancing properties.

Rosemary is an evergreen plant of the Lamiaceae family. Grown up to 2m in height and native to the Mediterranean region, it is now cultivated worldwide.

It has linear leaves green on the upper surface with numerous branched hairs making its lower surface whitish.

The plant has been used as an aromatic herb and medicine. Rosemary has many varied benefits and some minor side effects.

Rosemary Benefits And Side Effects

The essential oils in rosemary are a promising healthy oil rich in phytonutrients and exhibit unique antiradical, antioxidant, and antimicrobial traits.

The cold-pressed essential oil could be used in novel pharmaceutical, cosmetic, and edible applications.

In a study done by Mahgoub et al, it was shown the effect of the essential oil of rosemary has growth performance and bio-stimulating health, and intestinal bacterial populations in Japanese quail where there was a notable increase in body weight and body weight gain.

The administration of the essential oil also showed an increase in metabolic hormone levels and serum total protein.

Rosemary extract is used in folk medicine as a treatment for Urinary conditions, and chronic weakness which is sometimes caused by lack of exercise, aging, muscle injury, or pregnancy.

The extract is also used for nervous disorders, hair loss, and peripheral vascular disease. In addition, it is used as:

The pharmacological effects and activities of rosemary have been validated as antimutagenic, anticancer, hepatoprotective, and antioxidant activities and have been attributed to the induction of anticarcinogenic enzymes.

Further studies are to be done to understand its full capability.

Rosemary’s Use In The Food Industry

In the food industry, rosemary essential oil has many applications due to its antimicrobial activity, antimycotic, and antioxidants.

The essential oil has a higher thermal resistance which makes it an attractive commodity to use in products that are exposed to high temperatures.

The extracts contain a fraction of essential oils consisting of 1.8 cineol, camphor, a-pinone, and camphene. Another fraction of the extract contains phenolic compounds such as rosemarinic acid, carnosic acid, carnosol, and rosemanol.

This is considered safe to add directly to foods depending on the type of food products.

Due to its high concentration level, the oil should be diluted with another massage oil such as sweet almond or sunflower oil. 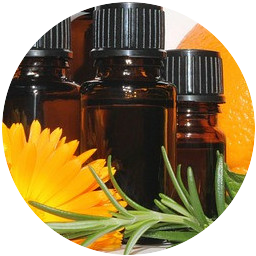 It is also recommended for the treatment of alopecia.

Rosemary essential oil stimulates hair follicles and circulation in the scalp and can help with premature baldness.

Several cosmetic applications have used rosemary essential oils and are listed as:

Does Rosemary Have Side Effects?

In a study conducted in 2008, it was noted that rosemary extracts when consumed in small amounts 2000mg/kg of body weight in both sexes were not associated with negative toxic levels.

Some minor side effects of rosemary include nausea, diarrhea, and hypertension. Hypertension can be a result of a large amount ingested. This is characterized by weakness, pale mucous membrane, and depression.

Other side effects from ingesting rosemary in large quantities are listed:-.

In a study done, it was suggested that activated charcoal with a cathartic can be used to treat ailments caused by the over-use of rosemary extract and oil.

It was further suggested that applying antiemetic fluid therapy and pressor agents is beneficial for the treatment of hydration.

Further studies are, however, needed to be done to determine the effectiveness.

It is safe to use rosemary oil and extract for various health benefits but should be used in moderation to avoid possible side effects.

If you are pregnant you should consult with your doctor before using rosemary as it could cause an abortion.

As in, all-natural ingredients, moderation is key to achieving ultimate health benefits and rosemary is no different from its sister plants.

You can purchase rosemary oil or its extract online. Click here for further information.

I hope you enjoyed reading this article and if you have a question, please feel free to leave a comment below and I will be more than happy to help you out.