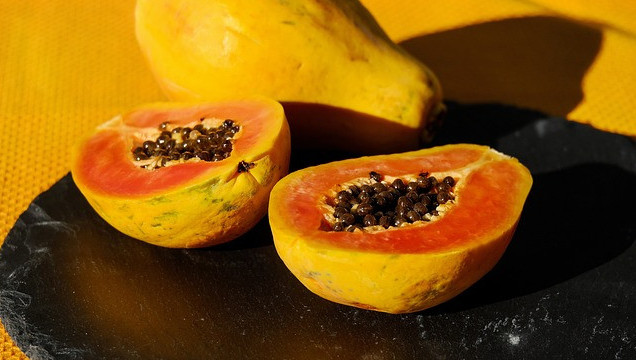 Papaya is well-known for its amazing, nutritional, and medicinal properties throughout the world. The whole plant including its fruit, leaves, seed, root, bark, juice, and latex is used for nutrition, medicine, and various other health benefits.

Papaya can treat tumors with its physiochemical anticancer activities. Papaya is rich in enzymes and whole papain which is effective against cancer treatment.

Papain breaks down the fibrous cancer cell wall and turns protein into amino acid It also contains lycopene which is reactive towards oxygen and free radicals.

Isothiocyanate contained in papaya seed works well to help treat colon, breast, lung, leukemia, and prostate cancer. These enzymes are capable of preventing the formation and development of cancer cells.

In a study, it was found that papaya seeds can guard against cancer. Papaya is well-known for its nutritional and medicinal properties throughout the world and is reported to have amazing health benefits.

The whole plant including its fruit, leaves, seed, root, bark, juice, and latex are ‘used for food, medicine, and various other purposes. 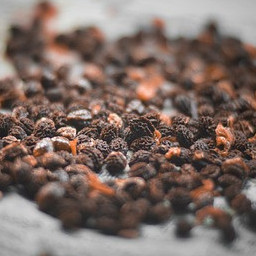 It has been shown that papaya can treat tumors due to its physiochemical which has anticancer properties. Some cancers are listed:-

Papaya is rich in the enzyme papain which is effective in fighting against cancer. Papain breaks down the fibrous cancer cell wall and protein turning them into amino acids.

Papaya also contains lycopene which is highly reactive toward oxygen and free radicals. There is Isothiocyanate contained in papaya seeds which works well to guard against these cancers.

Papaya is from a small family of the Caricaceae which there are four genera in the world. The Carica papaya species.is the most widely cultivated and the best-known
It is called many names (21) such as Papaya Melon tree, Pawpaw or Papau, Kapaya, Lapaya, Papayas, etc

Papaya is said to originate in southern Mexico and Costa Rica but is now grown across the globe for both home and commercial purposes.

In addition, the seeds of the unripe fruits are rich in benzyl isothiocyanate, a sulfur-containing compound that has been reported to be effective in germicide and insecticide. These compounds are important for plants’ natural defense mechanisms

A 2001study is reported that the medicinal uses of papaya seed have compounds that can treat the following conditions:-

It is also reported that seed juice is used for treating bleeding, piles, enlarged liver, and pectoral properties. In addition, the seed paste is used as an anthelmintic, and stimulates menstruation or is used as a drug for abortion.

The Anthelmintic Properties of Papaya Seeds

In a further study done in 2006, papaya seeds were approved for their effective anthelmintic properties against nematodes found in animals.

It has also been proven that the anti-fertility, anti-implantation, and abortifacient properties of papaya seed extracts have been established to possess potential anti-fertility drugs in males.

Studies done by the Health Journal of Pharmacognosy and Phytochemistry showed that when the unfermented extract of papaya seed was administered, the anthelmintic activity has been for the most part attributed to carpaine (an alkaloid) and carpasemine (benzyl thiourea).

Carpaine is suggested to have an intensively bitter taste and a strong depressant action It is present not only in papaya fruit and seed but also in its leaves.

Benzyl isothiocyanate (BITC), is identified as the main bioactive compound in papaya seeds and has been shown to be responsible for the anti-fertility effects

BITC is capable of damaging the endometrium, making the uterus non-receptive and, thus, affecting adversely the implantation process.

Papaya seeds are also a rich source of amino acids. The scented oil was extracted and used in the treatment of sickle cell disease, and poison-related disorders

Papain is used in various processes from food processing to dehair hides. Some functions are listed:-

Papaya seeds are a rich source of amino acids, especially in the sarcotesta. This is characterized by a yellow to brown color with faintly scented oil which is extracted from the sun-dried, powdered seeds of unripe fruits.

The unripe (white) seeds yielded 16.1% oil while the ripe (black) seeds yielded 26.8% oil. It is believed that the oil might have edible and industrial uses.

The quality of seed production can become hampered by several limiting factors including physiological disorders.

Different nutrient deficiencies of boron, zinc, sulfur, and environmental stresses can cause physiological disorders such as bumpy fruits which may lead to deformed/discolored seeds.

Discolored seeds are known as vivipary seeds and the white seeds (disturbed sarcotesta) were identified as new physiological disorders of papaya under diverse agro-climatic conditions.

Effects On Cancer Treatment And Prevention

Papaya extracts are believed to may have altered the growth of several types of tumors. However, many studies focused on specific compounds in papaya and reported bioactivity including anticancer effects.

Further studies are still needed to confirm the report.

The use of papaya leaf tea is reported to have enzymes and high levels of cancer-fighting properties against a wide range of tumors, according to the Journal of Ethnopharmacology published on the 17th of February, 2010

Another important use of the papaya seed is believed to prevent or possibly treat food poisoning. The seeds of papaya are also believed to have strong anti-bacterial and anti-inflammatory effects on the digestive system.

Studies have shown that an extract made from papaya seed is effective in killing E.coli, Salmonella, Staphylococcus, and other bacterial infections.

There are even reports of using papaya seeds to successfully treat viral infections such as Dengue fever in parts of Central America like Costa Rica.

Aqueous seed extract of papaya at the dose of 50 mg/ kg and 100 mg/kg against alcohol induced acute gastric damage and blood oxidative stress in rats.

Papaya can treat tumors with its physiochemical anticancer activities and is rich in enzymes and whole papain which is effective against cancer treatment.

Papaya is a rich source of amino acids and the seed has strong antibacterial and anti-inflammatory effects. The seeds are also believed to successfully treat viral infections. Click here for more information.

I hope you find this article useful. If you have a question you can drop me a comment below and I will be more than happy to help you out.

5 thoughts on “The Amazing Health Benefits of Papaya Seeds”